Kohli unfazed by no pink-ball practice

Hanuma Vihari is confident India will be adequately prepared for the unique challenge posed by the pink ball at Adelaide Oval, even after Virat Kohli and some of their biggest names skipped a tour game in Sydney.

Australia have won all seven day-night Tests they have hosted.

India’s day-night Test record is also perfect but comes from just one game in 2019, when they thrashed Bangladesh by an innings and 46 runs in Kolkata.

The Board of Control for Cricket in India (BCCI) was initially reluctant to embrace the innovative fixture, having memorably refused to play under lights during their previous tour of Australia, but current boss Sourav Ganguly appears to be a fan.

Vihari didn’t play in last year’s pink-ball game at Eden Gardens but on Saturday posted an unbeaten century at the SCG during India’s final tune-up for the first Test.

India’s two best batsmen Kohli and Cheteshwar Pujara sat out the pink-ball clash with Australia A, while veteran off spinner Ravichandran Ashwin also took part in net sessions rather than the match. 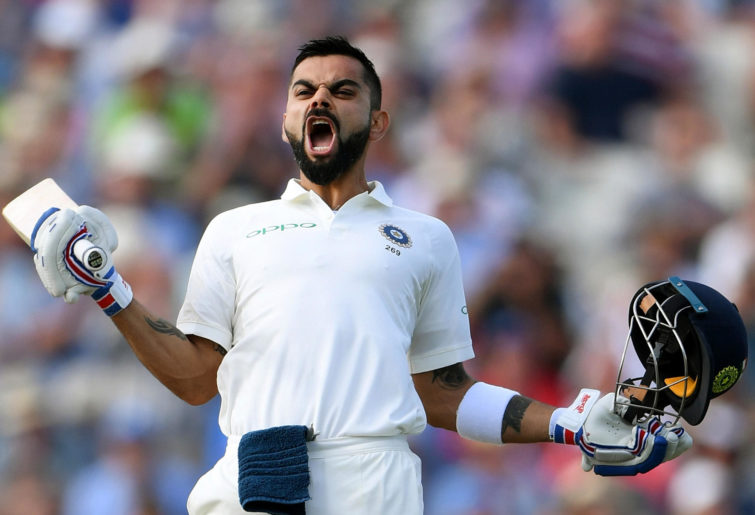 “They’ve been practising every day in the nets and putting in the hard work,” Vihari said.

“They’re senior players and been playing international cricket for a long time.

“We’ve played a pink-ball Test before, so they’re used to it… I’m sure being the professionals they are, they’ll be very well equipped.”

Vihari was bowled while shouldering arms on Friday but looked far more comfortable during Saturday’s patient knock, when he was rarely troubled by an attack featuring Mitch Swepson, Mark Steketee and Jack Wildermuth.

“Getting used to the pink ball is a challenge,” Vihari said.

“The pace and bounce is totally different to the red ball. It comes onto the bat pretty well.

“The twilight time when the lights are on, it does a little bit in the air and off the wicket.

“Getting practice with the pink ball before the first Test is ideal… I feel as a team we are very well prepared.”

“We did find that players who had faced a number of balls going into that twilight period found it a lot easier rather than starting an innings then,” Carey said.

“They bowled brilliantly. Ben’s defence was outstanding and Jack – if there was a loose ball then he played his shots and that kept them under pressure.”