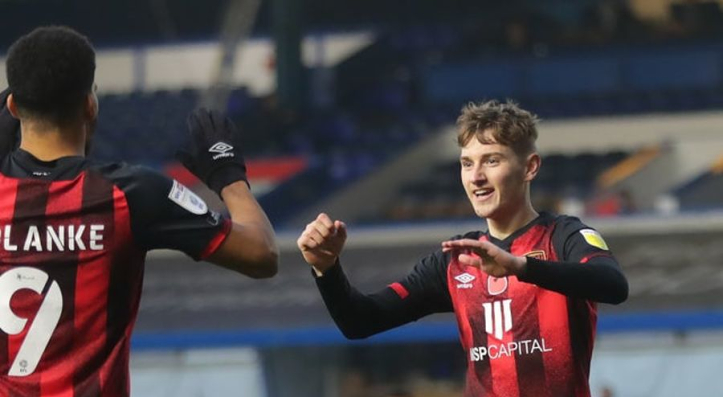 Bournemouth produced the performance of the weekend by putting Huddersfield to the sword and solidify their claim for automatic promotion.

The Cherries are shaping up well for an automatic return to the Premier League following their relegation and three of their squad make the Team of the Week.

Dominic Solanke (8.9) struggled for goals at the highest level but is having no such issues here and scored two early goals to set the tone for a 5-0 win. He was joined by Liam Kelly (7.9) and Asmir Begovic (8.0) after a clean sheet.

Middlesbrough flew out of the blocks against a Millwall team on a worrying slide, scoring three times in the opening half hour for a comfortable victory.

Duncan Watmore (8.1) continued his rehabilitation from serious injury by finding the net and once again impressing, and he has team-mates Sam Morsy (8.5) and Paddy McNair (7.7).

Elsewhere, Jamal Lowe (8.5) produced a cultured performance to down Welsh rivals Cardiff as Swansea secured a 2-0 win, the second of his two goals a beautiful outside-of-the-boot curling effort.

And James Collins scored a real striker’s hat-trick for Luton Town, slotting home two excellent finishes either side of a close-range header on the way to a Perfect 10 FC Rating.

View our detailed player statistics for the Premier League at the link below.

Blue Jays’ Manoah to start Saturday vs. Royals after…

Hamilton takes pole for Hungarian GP ahead of Bottas

Sports Buzz Aug 1, 2021 0
Aston Villa is on the cusp of making their third summer signing in the form of exciting Bayer Leverkusen winger…

Hugo Millán, 14-year-old Rider, d!e$ after a serious accident in the…