Ever since MLB took steroids out of the game, baseball has once again become a young man’s game. In many cases, the best young MLB players are simply the best players in the league, period.

Teams are almost competing to have the youngest MLB player because so many of the league’s top players are under 25. In fact, it’s almost tough to keep track of all of the top young baseball players in 2021.

Nevertheless, let’s take a closer look at the best big leaguers who are still well shy of their 25th birthday.

Ronald Acuna’s brilliant start in 2021 has firmly cemented him as one of the best players of the younger generation. Keep in mind that he hit 41 home runs in 2019 and is on pace to eclipse that number this season, already hitting 10 through his first 29 games.

We should put Ronald Acuña Jr. in the Hall of Fame immediately for blasting a dinger and having fun doing it, seconds after the broadcast starts a discussion about the unwritten rules of baseball

He’s also batting .324 right now with an OPS of 1.104, going above and beyond the impressive numbers he’s put up over the first three years of his career.

Get ready for the Acuna vs Tatis comparisons for years to come because these two are both electric. The MLB legacy is only 22, and yet the Padres are so sure of his talent that they’ve already promised him $340 million over 14 seasons.

An injury may have slowed him up a little this season, but Fernando Tatis still has eight home runs in his first 23 games. 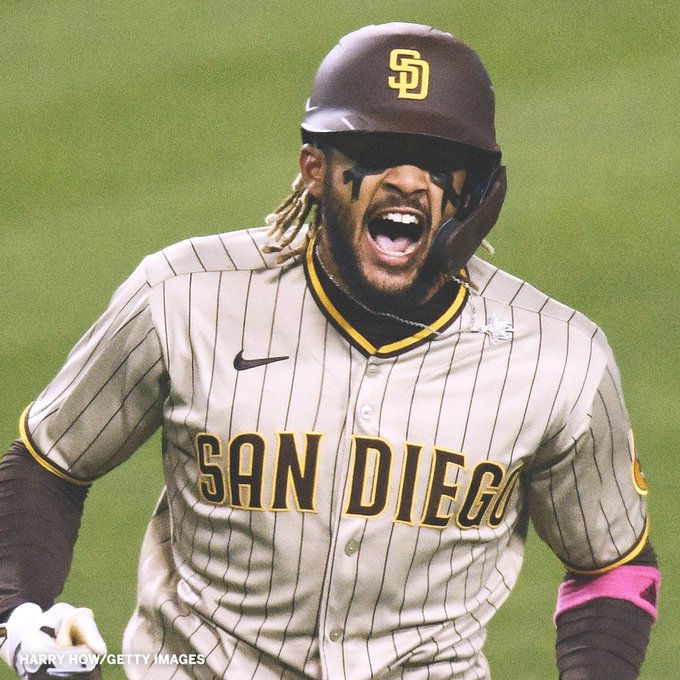 The power is there, the speed is there, and Tatis is also a strong defensive shortstop, which makes him perhaps the most valuable player in baseball, warranting that massive contract.

Boston’s poor season in 2020 caused some folks to forget about Rafael Devers, but he still deserves to be considered among the best young players in baseball.

He won’t turn 25 until October and this is already his fifth season in the majors, as he made his debut in July 2017. Along with the rest of the Red Sox, he had a down year in 2020. But don’t forget that Devers had 32 home runs and 115 RBIs during a breakout campaign in 2019.

He’s on pace to be even better in 2021 and has assisted in the Red Sox jumping out to a lead in the AL East.

This guy is another MLB legacy who could potentially have a better career than his father, who earned close to 93% of Hall of Fame votes in his second year on the ballot.

The younger Vladimir Guerrero may have even more power and only turned 22 this past March. Through the first 30 games of 2021, he’s batting .330 with an OPS of 1.057. Considering that he’s not even close to his prime, the sky is the limit for him.

This guy probably belongs in the same conversation as Acuna and Tatis. He turned 22 last October and already he’s won a batting title and a World Series.

As a rookie in 2018, Juan Soto batted .292 with 22 home runs and an OPS of .923. He’s already improved on that and might be the most accomplished player in the majors under the age of 25 despite the fact that he’s barely 22. Soto is undoubtedly something special, which is why last year’s batting title probably won’t be his last.

Canelo Álvarez – The P4P Best Fighter In The World #1

What is Spider Tack and why is MLB cracking down?

Sports Buzz Jun 19, 2021 0
Following a thrilling race around the streets of Baku a fortnight ago, this exciting Formula 1 season continues…

Another Blockbuster Clash As Portugal Take On Germans, Spain Faces…

Seth Curry’s Shooting is Exactly What Philly NEEDS to Survive